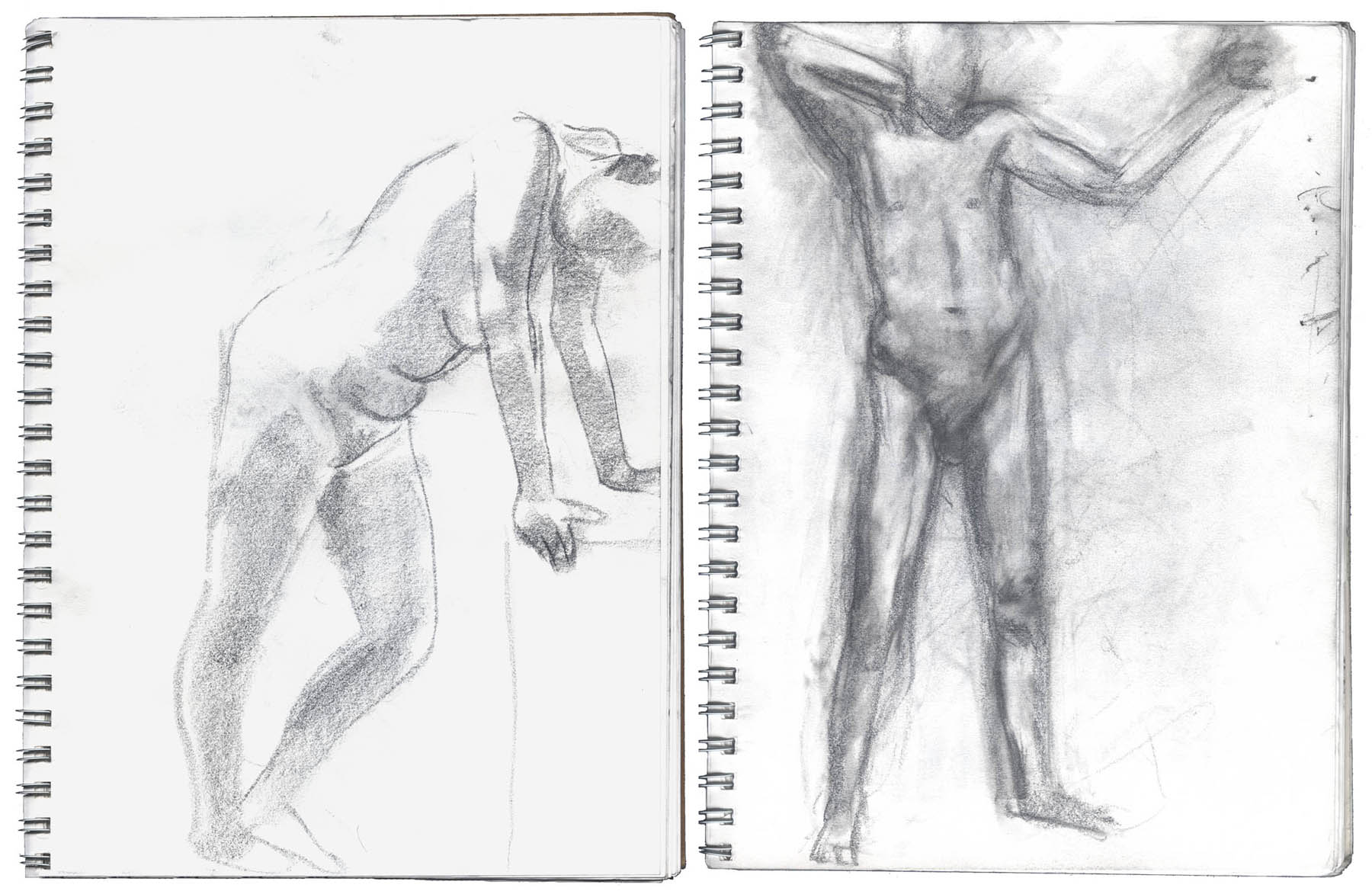 I’m usually tired by Thursday night but I go to figure drawing group anyway. It’s probably the same reason some people won’t miss a physical workout; I feel better after three hours of exercising eyes, hands, and brain. Part of the energy spills from the drawing games I play: no eraser allowed, get the complete figure down (including hands and feet) no matter the length of the pose, draw without my reading glasses, don’t look at the paper while drawing, draw the subject from memory after the pose is over. These are just a few of the ever-changing boundaries I set and reset as I dig with a 6B graphite stick into my sketchpad. But, as with all satisfying games, there’s a serious side. I am practicing my scales, training the eye and hand to synchronize, and developing my ability to structure and proportion intuitively. One of my favorite masters of the figure, Auguste Rodin, often preferred to draw his subject nude, then after selecting the pose, he redrew the subject clothed. He sought to understand the underpinnings before he attempted the mantle. The body is the world laid bare. And though the nude is foreign to my prints and drawings, I see it as a winter tree before my window that soon will be covered with summer leaves.