The white page is snow. Planning preserves it. I compose the sheet with pencil, then pre-dampen sections with clear water. Then I paint watercolor into the wet. Capillary action pulls the color to the places I want it. The snow stays dry and white, anchoring the image.

After beginning a drawing entitled Reflection with Snow a few seasons ago, I'm glad for the snow this winter. I've returned to this drawing in front of my subject. After working watercolor washes into the drawing last year, I've continued this year. I'll assess the drawing through the winter. Perhaps the image is complete. Perhaps not. I might wait until next year to see if I feel the essential markers have been found.

(below) Reflection with Snow, graphite on Fabriano paper, [work in progress, 23 January 2014] 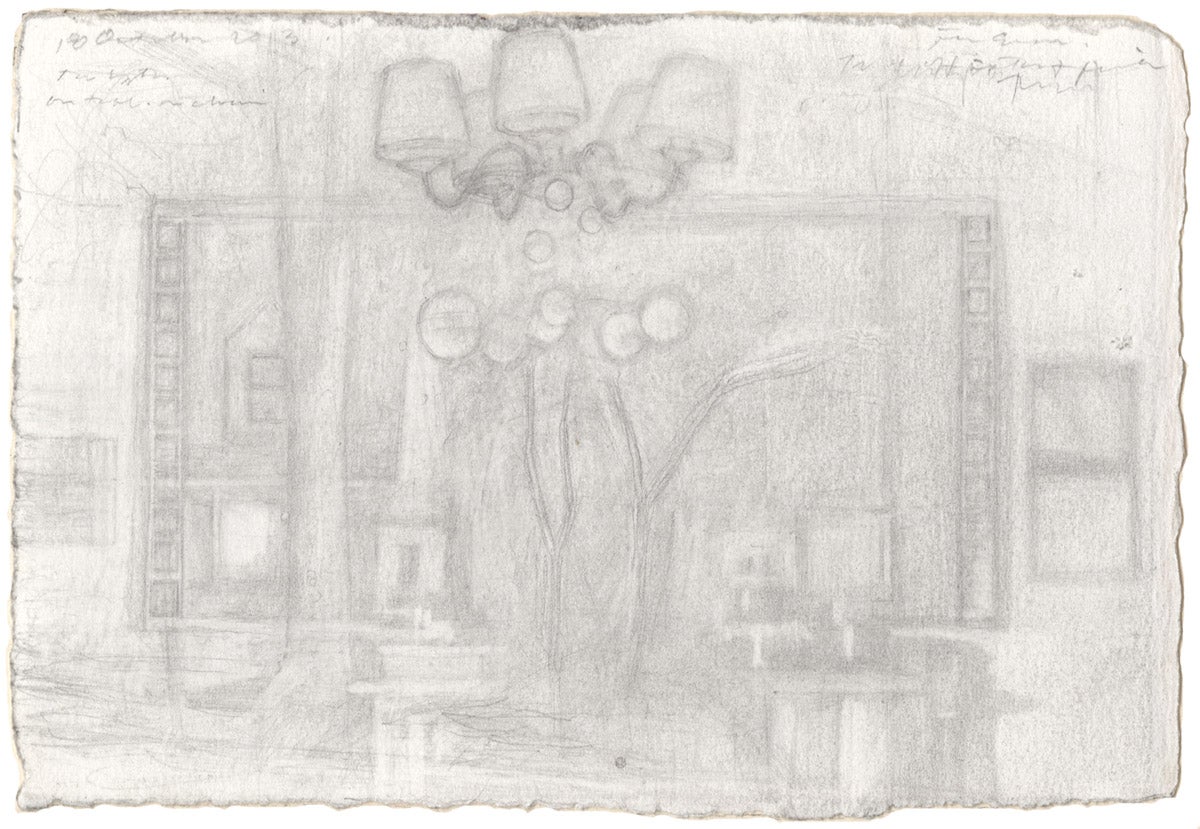 (below) Reflection with Snow, watercolor and graphite on Fabriano paper, [work in progress, 1 February 2016]. 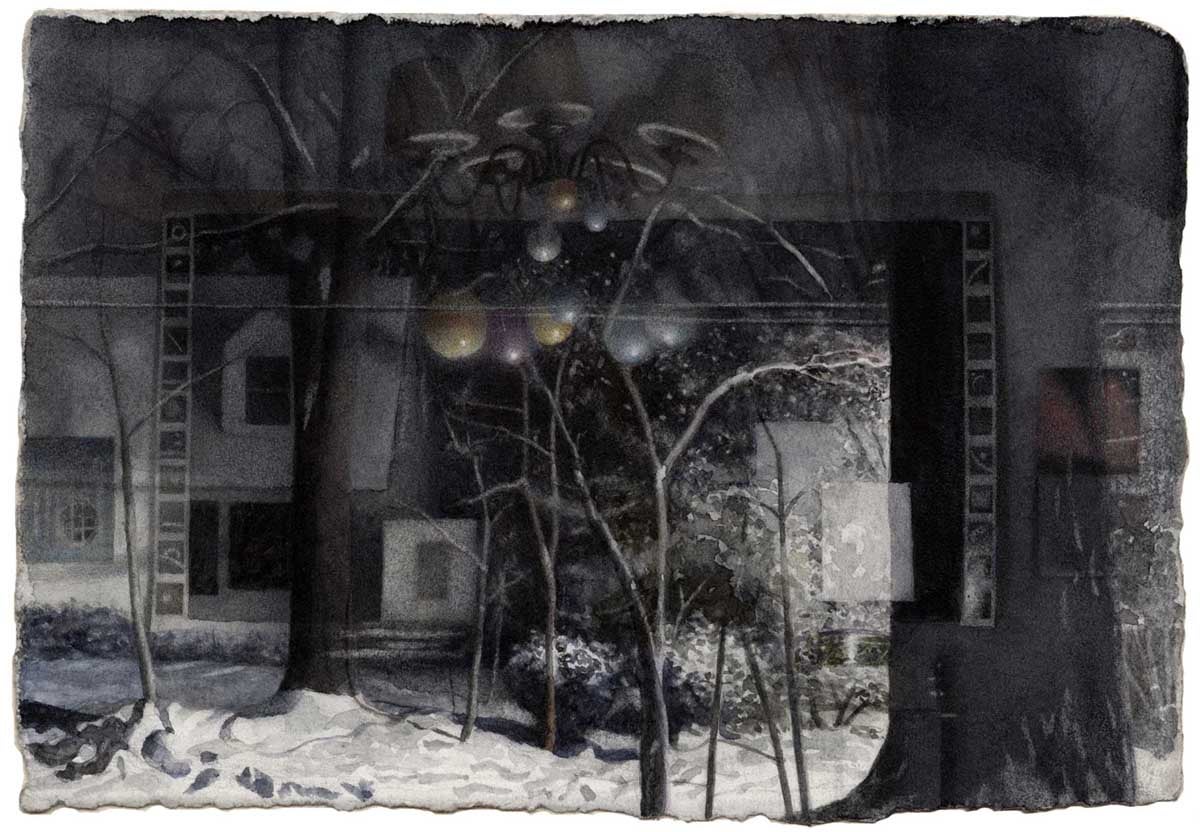 Snow isolates the eye. It removes detail in the same way night does. Impressions are distilled.
I'm reminded of the winter vignettes of poet Wallace Stevens. Take the opening and closing sections of his poem, Thirteen Ways of Looking at a Blackbird:

I
Among twenty snowy mountains,
The only moving thing
Was the eye of the blackbird.

XIII
It was evening all afternoon.
It was snowing
And it was going to snow.
The blackbird sat In the cedar-limbs.

At the end of the poem we look back at the observer. Snow helps me locate myself as viewer, isolating clues that define my relationship to the image.

The following paragraph is from the ending of James Joyce's, short story, The Dead, from his book The Dubliners. To me, it is a story of discovery and acceptance of one's place in the world. Joyce's intermingling of snow and the evocation of stars has always haunted me:

Yes, the newspapers were right: snow was general all over Ireland. It was falling softly upon the Bog of Allen and, further westwards, softly falling into the dark mutinous Shannon waves. It was falling too upon every part of the lonely churchyard where Michael Furey lay buried. It lay thickly drifted on the crooked crosses and headstones, on the spears of the little gate, on the barren thorns. His soul swooned slowly as he heard the snow falling faintly through the universe and faintly falling, like the descent of their last end, upon all the living and the dead.

Seeing the snow this year stirred me to work watercolor into a penciled composition (above) and begin calling it Self Portrait: Snow Night. Stars of the star map reflect upon the window among the falling snowflakes. Snow and stars. Local and universal. Perhaps this evocation will remain a part of the work when I complete it as I continue to try and find and define myself in the world.

[For a discussion of the star map see journal entry, Mapping the Night].