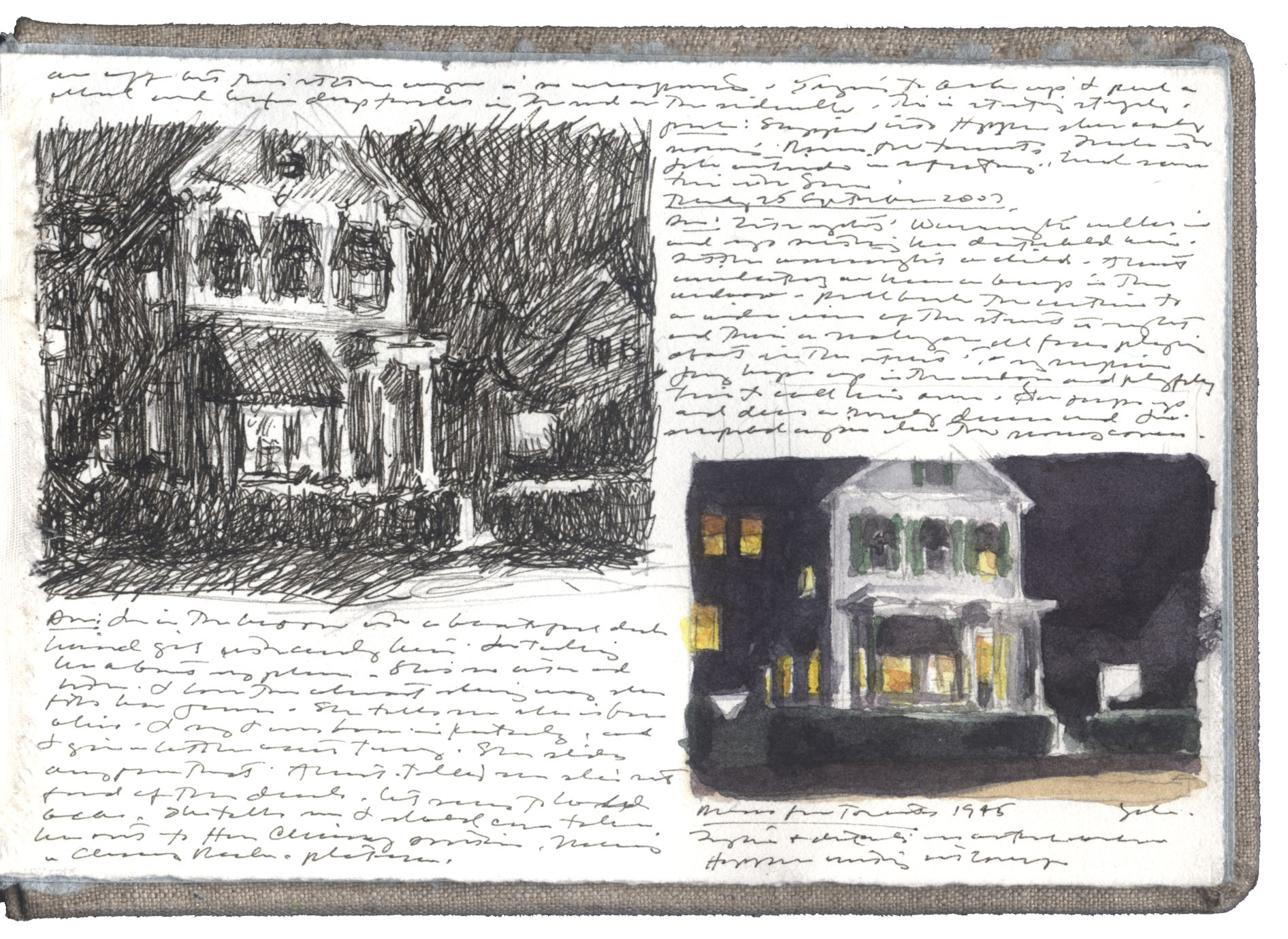 In Hopper’s painting Rooms for Tourists I see so many lights and details in that I don’t find in reproductions. To the lower left a vase is in the window, a bit of white fence illuminated as an inverted triangle further to the left, the dark shapes of houses on the right in the background. When I copy such works of art I discover such elements as these and try to understand their role in the composition. While copying this work I used primarily a 00 (.3 mm) pen point and was able to realize the darks much more easily than with the thiner point I usually use (see image on left). Hopper’s paintings have never been lonely or sad for me. Rooms for Tourists seems particular inviting. On the other hand poet Charles Tomlinson once wrote in his poem Night Ride that “our lights seem more beautiful than our lives.” My interpretation just like anyone’s is simply that; an interpretation. [Note, January 2016: You can hear Tomlinson read his poem Night Ride and other poems on the University of Pennsylvania website].