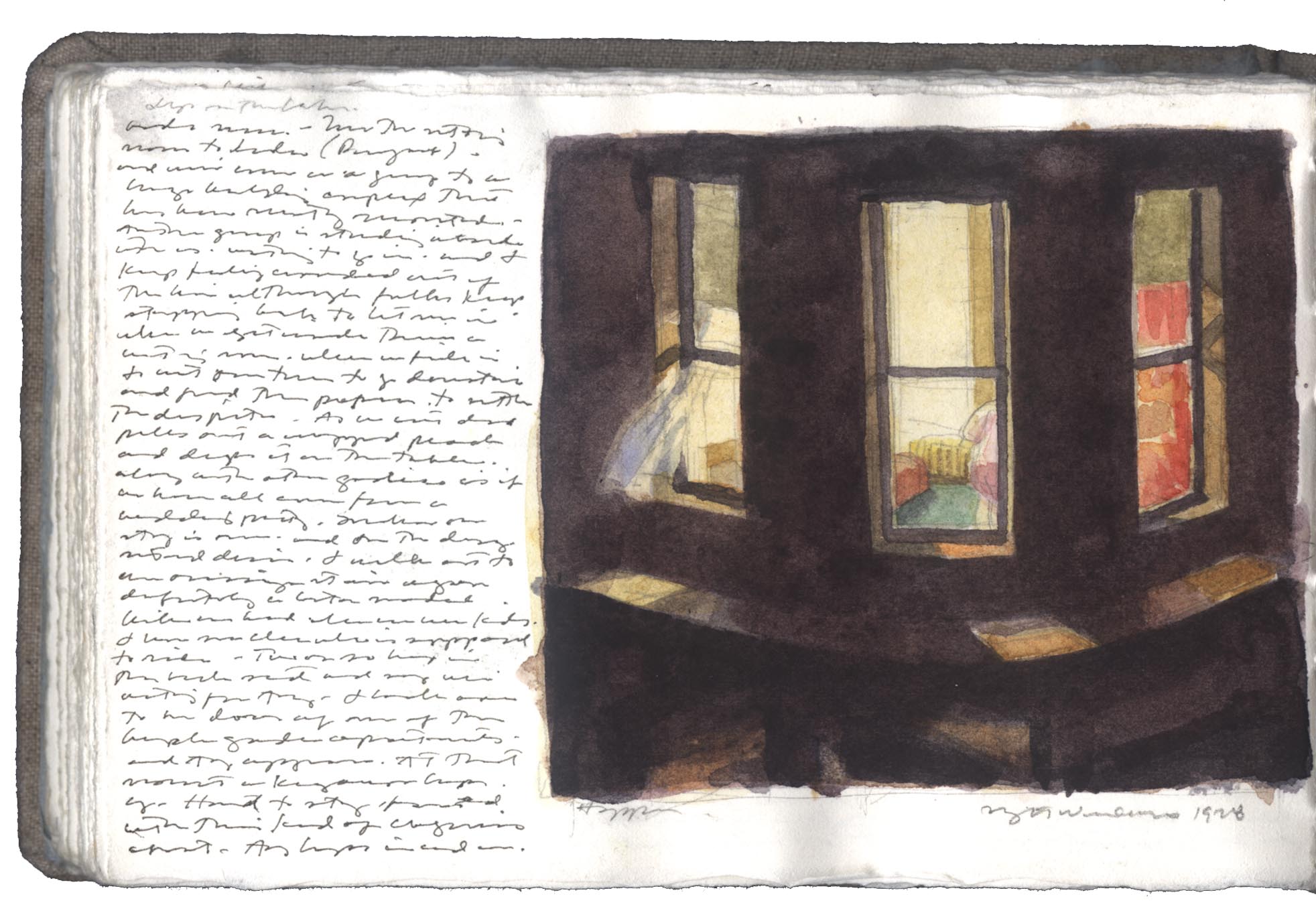 I’ve always wondered why the window on the right is blazing red in Hopper’s Night Windows, 1928. It turns out there is a lamp pressed close to the pane and the color, presumably red curtains or a painted wall, is set off by the glow. The woman, partially seen in center window leans away from the window on the left, a soft white and ultramarine blue curtain that waves in the night breeze. There is a tension between hot and cool, eroticism and purity in this oil painting that reminds me of a poem by Philip Larkin. Not so much the atmosphere but the tension between profane and sacred that the windows on right and left could represent. See Philip Larkin High Windows [warning: this poem contains graphic language]