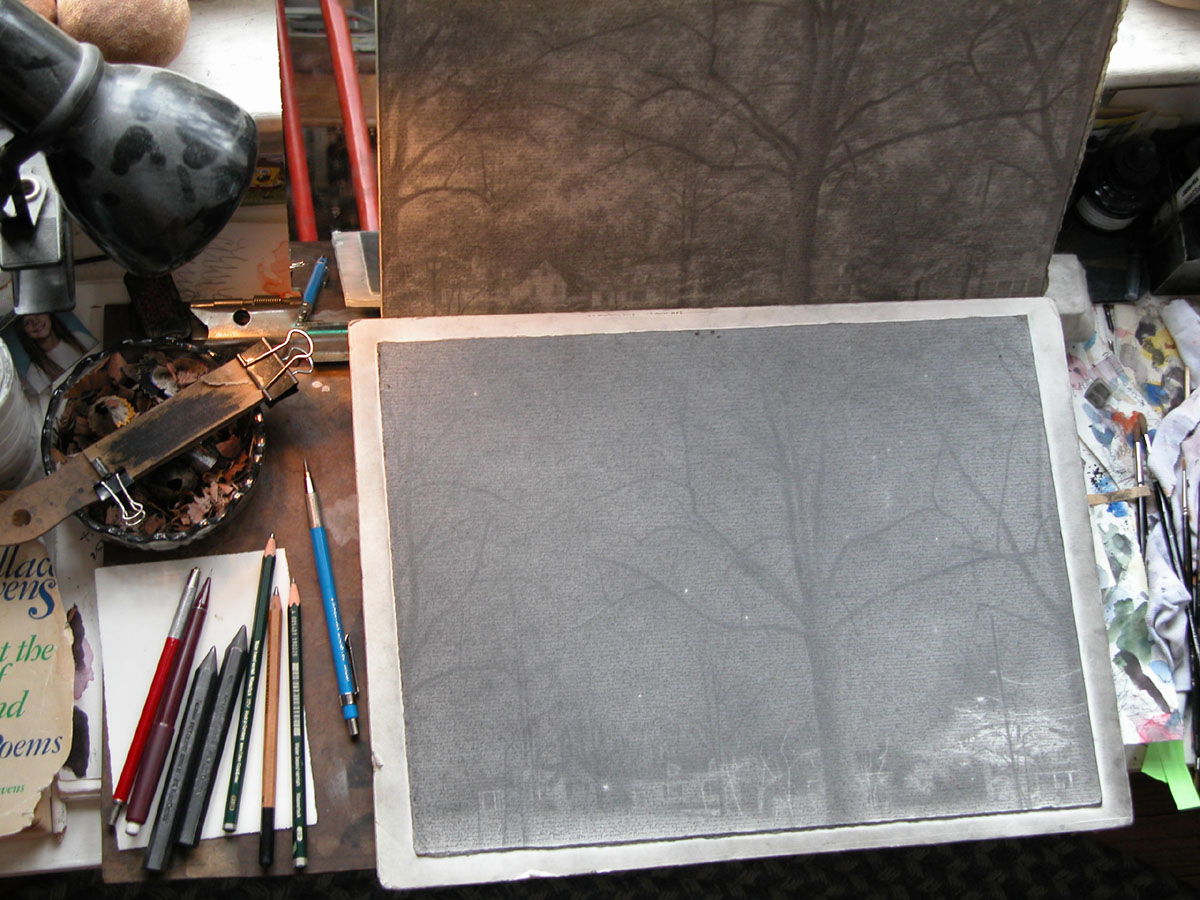 Photograph of drawing table on 10 January 2009 with Spring Twilight (above) and Night with Orion (below) two works in progress that are predominantly created with graphite. At left are various pencils and graphite sticks, a sanding block for sharpening pencils, and a dish for catching filings from sanding and sharpening.

Subtracting watercolor often requires risky and aggressive operations like scrubbing in order to remove paint from the paper support (see two previous online journal entries). When the the watercolor is scrubbed away, rarely is the page returned to a pristine state. A residue of color almost always remains and the paper texture can pill up or show gouges. One gambles when the rewetting and repainting such an area. It may never be reintegrated into the fabric of the whole.

When I began to experiment with graphite as a primary medium I had extraordinary feelings of freedom. Compared to the years I had spent carefully planning out watercolor compositions in order to avoid having to later scrub out painted missteps; I found erasing layers of graphite was beautiful, immediate gratification. I could apply graphite anywhere and then remove it easily without distressing my drawing surface. Such permission allowed me to think about building a composition using subtraction as a dominant force of creation, something watercolor is hardly inclined to do.

For me, the practice of allowing eraser to dominate pencil actually emerged from years of figure drawing. As I began to jettison watercolor sketching of the figure, I found that a thick dark graphite stick (2B to 6B) was an interesting shift. Like watercolor, I could cover a lot of ground quickly with the fat stick of graphite, yet the graphite allowed me to manipulate and refine tone far more effectively after application than the watercolor. And with graphite you could act immediately without waiting for the medium to dry.

One of my more recent experiments has been to work with graphite in layers. Using different weight pencils, from very hard to very soft (6H to 9B), I intermittently stop to smooth the silvery surface by lightly rubbing and blending with an eraser. The result is soft; almost a fog. Such is the approach in a work like Folded Self-Portrait with Night I: Graphite which I worked for months. In some cases I have built up tone over years in order to reach a satisfying dark (see Spring Twilight and Night with Orion in the above photograph, both works have been in progress since 2005). My next strategy is to forgo the eraser and simply build up tone using pencils of various weights. A good example is my work in progress Illuminated House (below), in which I have yet to use an eraser to soften the surface. I alternate working with very soft pencils and then harder pencils to refine, sharpen, and even out the surface and activate textures.

I have heard some artists say that they don’t like the reflective quality of graphite. I agree that there is an optimum viewing angle for the medium. When looking at a graphite covered surface, a step too far in one direction or the other can make the image become a hazy mirror, with details lost in reflective sheen. But that effect actually excites me. I like a shifting, elusive surface, one that can’t be accounted for in a single way. Maybe that is why I am attracted to working with reflective surfaces as subjects for my drawings and prints; for example, windows, mirrors, and water. Reflection acknowledges the world outside of the reflective surface. Graphite’s sheen invites the world to participate more fully in the image. 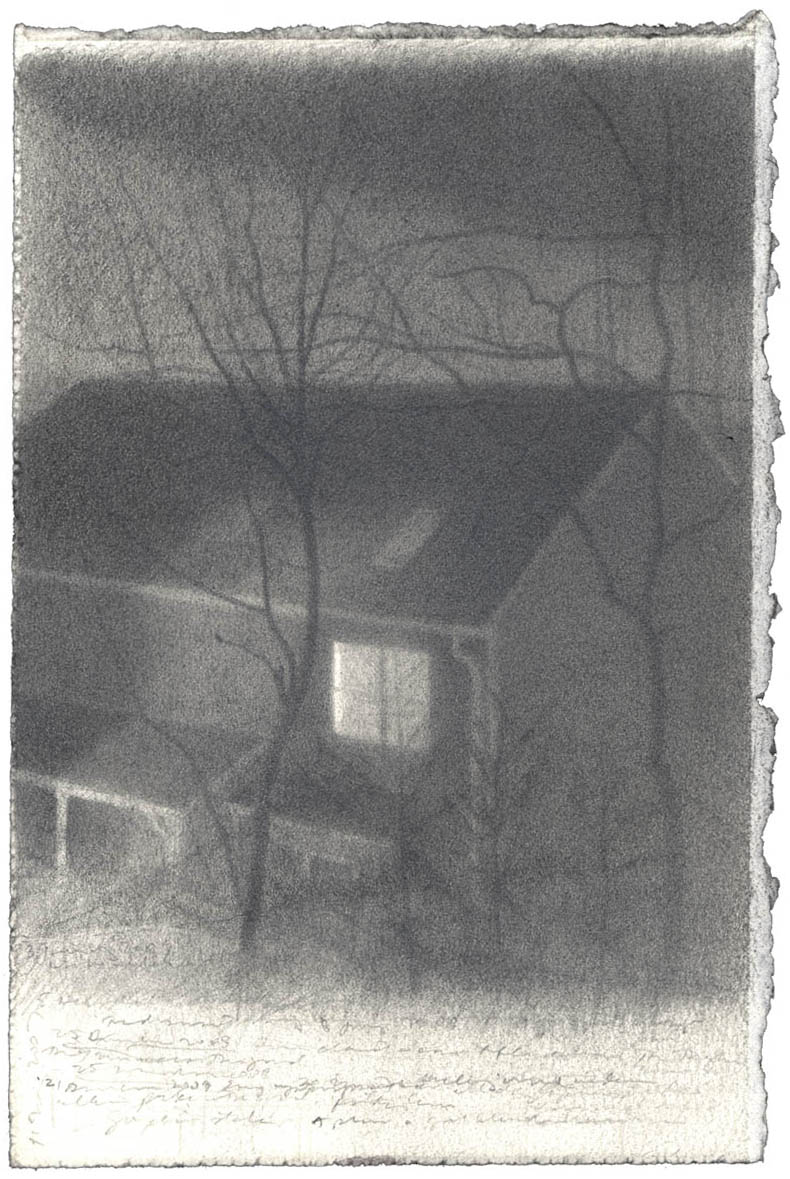