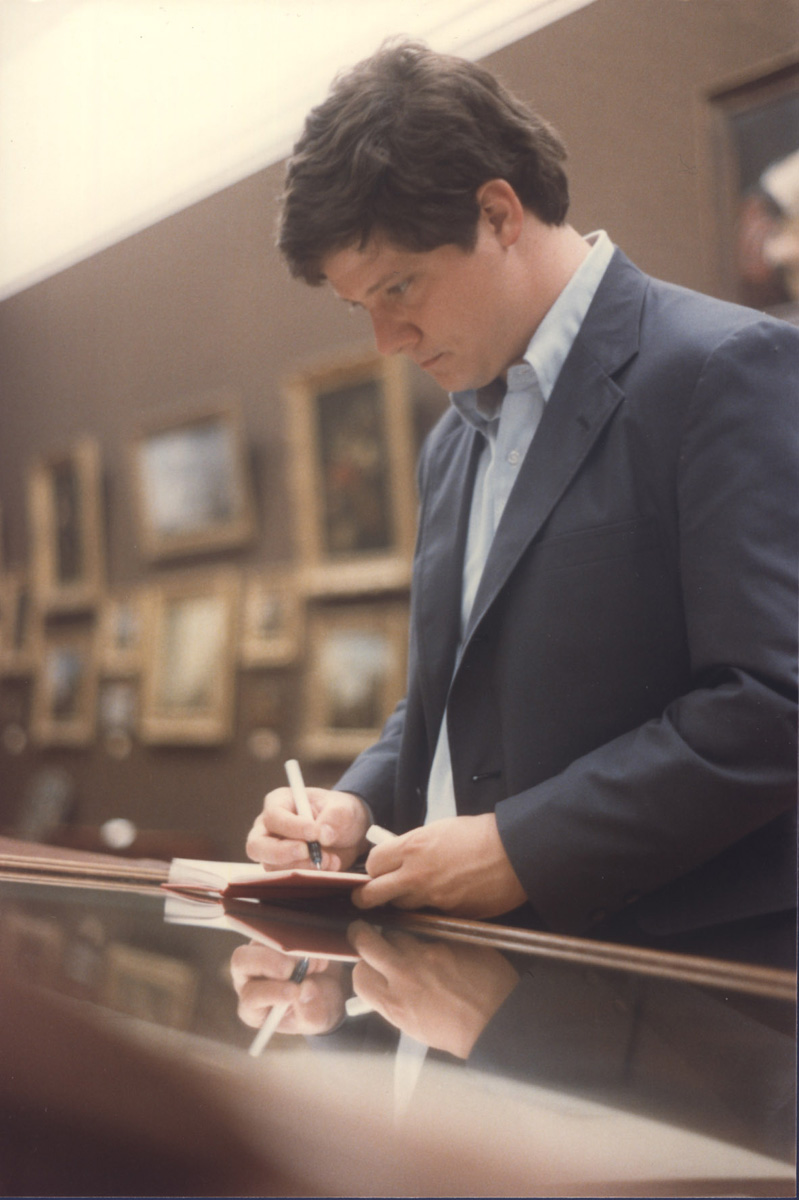 (above) Photograph of the artist copying in his journal at the Ashmolean Musuem, Oxford, England, June 1984.

In June of 1984 my wife, Jenny and I went to England for our honeymoon. We spent a week in London followed by a week driving around the country. We wanted to do something romantic and beautiful for the occasion, but neither of us are travelers so I look back now and imagine we were subconsciously homing in on spiritual forebears. On the trip, I certainly encountered artists who have changed the way I see the world who continue to inspire me with their achievements.

Sure, I liked John Constable’s landscapes before our trip, but when we stepped into an exhibition of his small studies at the Victoria and Albert Museum in London, I was overwhelmed. Constable communicates a thrill in depicting his world, putting painterly bravura at the service of the humble and commonplace. At Oxford’s Ashmolean Museum, I fell in love with Samuel Palmer’s work; I too wanted to invest a small page with mystery. Palmer’s varied mix of pen and ink and watercolor has informed my own drawing technique over the years. During the trip I also became aware of the work of John Martin whose command of scale is breathtaking. You may never feel as tiny as in front of one of Martin’s works. For example, his Creation of Light (see also below) convincingly evokes the immensity of the universe, juxtaposing human form with astronomical. What a master of light! The brightest point in the work is not the depicted sun, moon, or stars. It is the vaguely defined point just to the right of the sun; possibly a reflection off of a cloud bank? Who knows? Such is the imagination of John Martin. 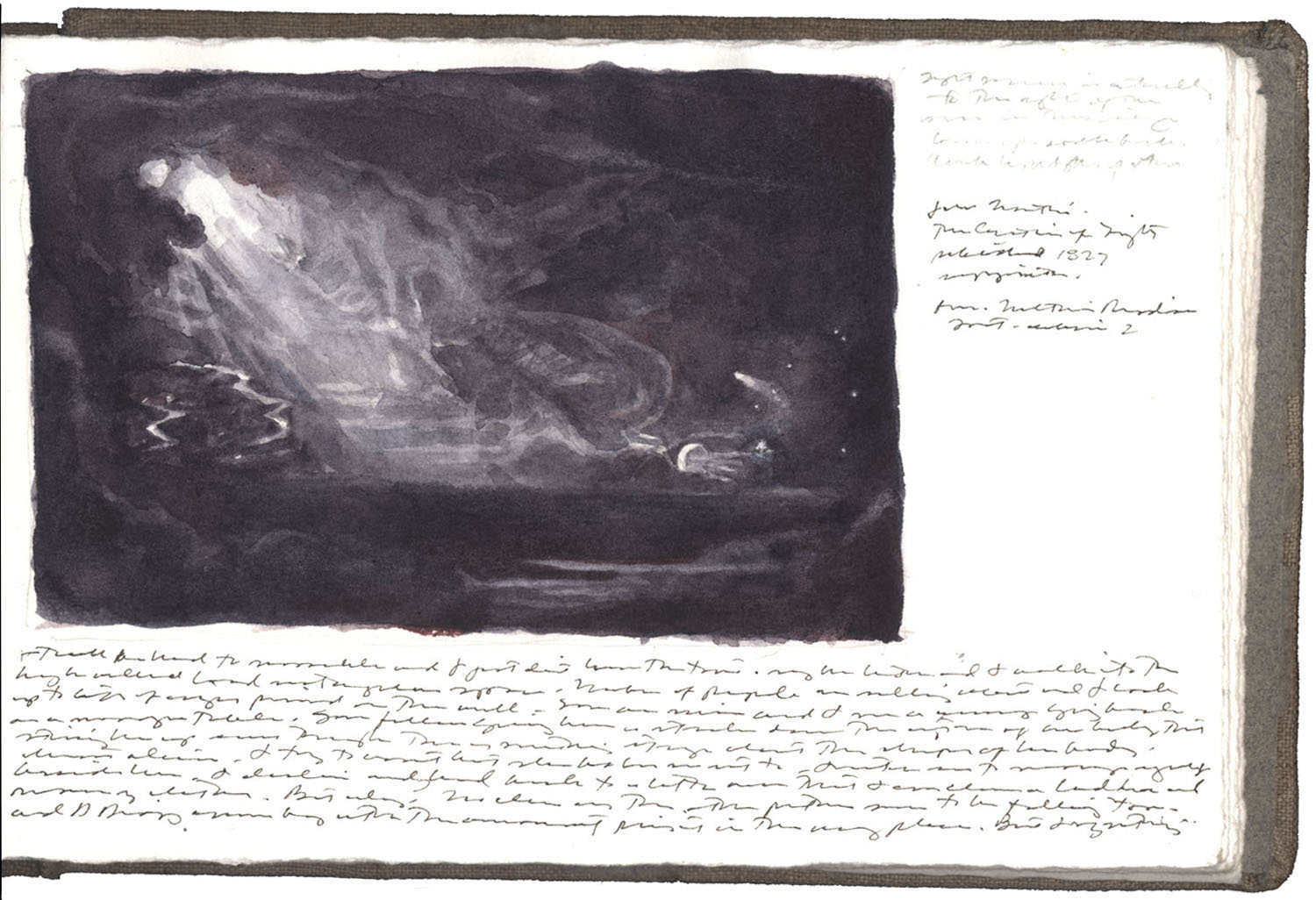 (above) Book 130, Charles Ritchie after John Martin, Creation of Light, 2008, watercolor made from a reproduction of a mezzotint, illustration from John Milton, Paradise Lost. Published 1827.

One of the most resonant moments of the trip was our visit to Fountain’s Abbey in North Yorkshire whose ruins struck me as the greatest memento mori I had seen in my life. How do powerful cultures wither and leave these bones? I grasped the book in my pocket. Perhaps in my own way small way I seek to leave a skeleton of my life. My desire to organize my work around a linear series of journals is a satisfying conceptual framework, but it serves an emotional purpose as well. Through my own private memento mori I mark the passing, days, and months, and years; recognizing my mortality and attempting to come to terms with it. 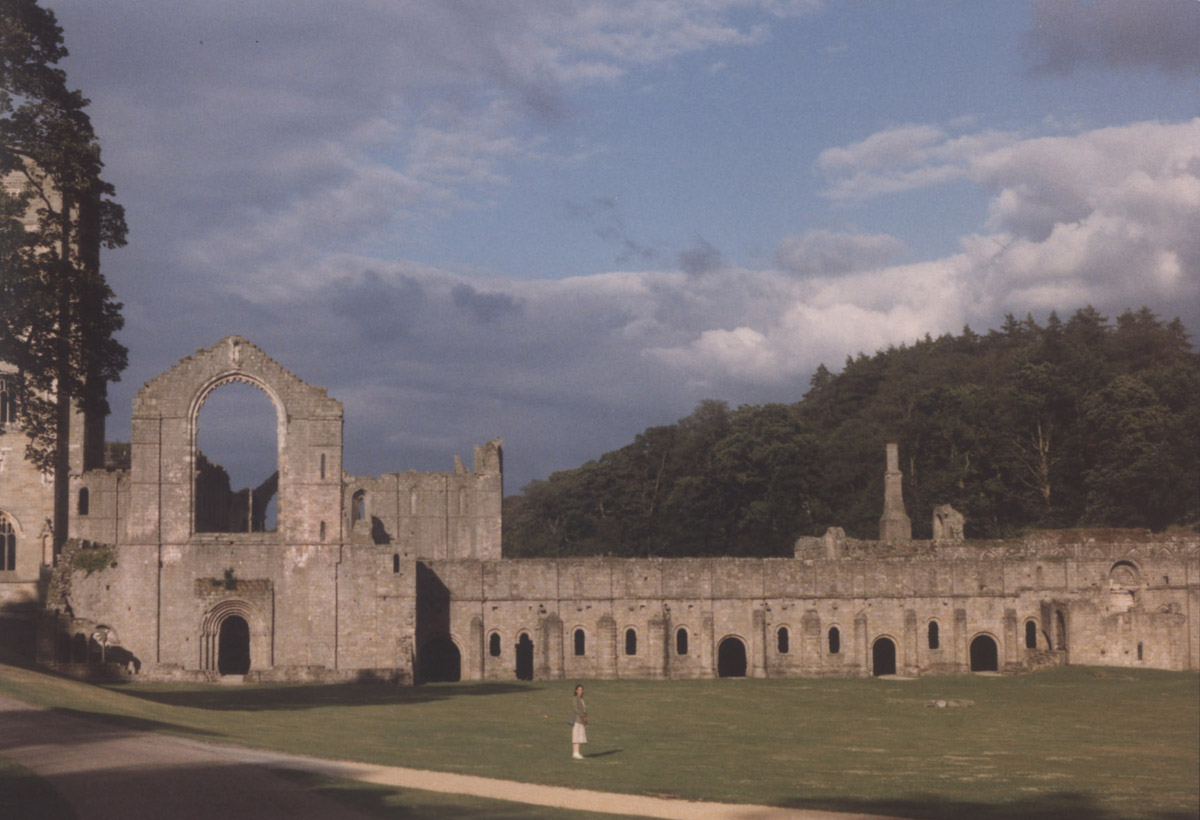